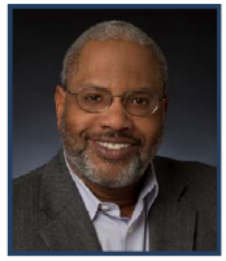 In February 2021, Americans came together to celebrate Black History Month. CABPES, like many American companies and nonprofit organizations, paid homage to historical Black pioneers and today’s African American leaders that played a significant role in shaping how Black people are viewed and treated by the majority race in the United States. The CABPES website presented information on Black historical figures, Black music, poetry, and inspirational speeches by Black leaders. CABPES highlighted on its website the pain and sufferings that Black people endured to teach the world about diversity, equity, and inclusion. In other words, a lack of diversity, equity, and inclusion are nothing new to African American people.

Black people have been fighting for diversity, equity, and inclusion since Slavery, Reconstruction, Jim Crow, and the Civil Rights Act of 1964. Senseless hangings and killings of young Black males like Emmett Till, Rodney King, and Trayvon Martin were not enough to awaken the American consciousness to the injustices of diversity, equity, and inclusion in the United States of America. Ruthless killings of George Floyd, Breonna Taylor, and Ahmaud Arbery erased all doubt in many Americans’ minds that racism, social injustice, and police brutality exist in the United States, especially in large cities where there are large demographics of African American people. It was not until the world saw an evil person press his knee on the neck of Mr. George Floyd as he begged for his mother while dying that many Americans finally acknowledged that enough was enough. There was no denying the hatred and systemic racism in America.

The aftermath of these cruel atrocities led companies and mainstream nonprofit organizations to have a change of heart in terms of diversity, equity, and inclusion. These companies are interested in learning about Historically Black Colleges and Universities (HBCUs). They want to create internship positions for students of color in high school and college. Companies want to hire professionals of color to improve diversity, equity, and inclusion within their organizations.

CABPES sought to bring these companies together during Black History Month by hosting its first-ever Virtual Career Fair. Sixteen companies participated in the Career Fair. The Aerospace Industry, the Oil & Gas Industry, Consulting Engineering Firms, Construction Companies, and the City & County of Denver put on a magnificent display of STEM presentations to over 150 people. The audience included students, parents, STEM professionals, educators, and representatives from HBCUs. We had presenters and guests from all over the United States, Australia and the Philippines. The Career Fair was an excellent show of diversity, equity, and inclusion.

Our parents emailed and called to thank CABPES and let us know how mesmerized their children were to see such high-quality STEM presentations demonstrated by people of all races, gender, and nationalities. Collectively, we showed when people come together for the common good, racism, ignorance, and fear must take a backseat to redemptive goodwill and service to humanity. CABPES will continue to be a drum major in the fight for diversity, equity, and inclusion. We encourage our funders and corporate partners to join us to educate others on the importance of diversity, equity, and inclusion.

Please take a moment and contribute to bringing STEM success to underprivileged communities.